After meeting Kristen in New York, we boarded a Virgin Atlantic night flight for London. If we were going to have to sleep somewhere en route to the city of Shakespeare, we had decided to do it on a plane. We considered it a “cracking” (excellent) way to multitask. After all, “We are such stuff as dreams are made on, and our little life is rounded with a sleep.” (The Tempest)

We awoke with the Londoners that morning and made our way to the Holiday Inn Express London – Southwark. Our plan was to drop off our bags and begin sightseeing. But the front desk staff started our day on an even better note by inviting us to have breakfast in the dining area while they prepared our room for an early check in! A short time later with stomachs full and bags settled in our rooms, we “bimbled” (leisurely walked) to a nearby Tube station and headed for Westminster and the Thames River.

An itinerant bagpiper played for gratuities on Westminster Bridge. We’ve come across our share of street musicians, and this kilted piper was one of the better ones. On the other side of the bridge across several lanes of traffic, a bride and groom posed for wedding pictures. It was a festive morning to arrive in London!

The line was short outside Westminster Abbey (one of the benefits of winter travel) so we soon found ourselves inside. The Abbey breathes more than a thousand years of history and worship, and has served as England’s coronation church since 1066. It is the final resting place of 17 monarchs; 3,300 people are commemorated or buried here. Because it is a place of daily worship, photography is not allowed except in the Chapter House, cloisters and college garden. (Anglican for several centuries and today, the Abbey was originally the home of Benedictine monks.) We attended an afternoon worship service during our visit.

Yes, we saw these iconic red phone booths (red telephone boxes) throughout the city. Some are being spruced up and re-purposed – think mini cafe, lending library, charging station, etc.

Our next stop was the Globe Theatre. Students from an American university participated in an acting class as part of their study-abroad experience. My major in college was theater and interpretation so I wanted to be sure to experience the Globe and enjoy a couple of plays while we were in London!

Dinner that first evening in London was tea in Palm Court at The Ritz! Live music, too. (Beamer the Bronner Star joined us.) The finely cut sandwiches, scones and fresh pastries were “scrummy” (truly delicious).

Cant’ wait ’til that trip to London for a tea treat? Try our Blueberry Scones recipe from “Bronner’s Flavorful Favorites” staff cookbook with your next spot of tea!

Instructions:
Mix together the flour, sugar, baking powder and salt. Add blueberries and whipping cream; stirring gently. Turn onto a floured surface and knead gently. Form into a flat ball, 10 inches in diameter and about 1/2 inch thick. Cut into 12 wedges. Place on large baking sheet. Brush with melted butter and sprinkle with powdered sugar. Bake at 425° until lightly brown, approximately 25 minutes. Makes 12 servings.

London day two opened at the Tower of London, officially known as Her Majesty’s Royal Palace and Fortress of the Tower of London. This historic castle is located on the north bank of the River Thames in central London. Grand palace, royal residence, prison, armory, Royal Mint, and now home to the Crown Jewels, the Tower has played varied, important roles in England’s history.

The Crown Jewels, located in the Jewel House at the Tower of London, are under the watch of the Royal Guard.

It was time to “chivy along” (hurry up) to Camden Market in North London. This eclectic market mix of fashion, crafts, people and food from all over the world brings a modern flower-child vibe to the area. The market hub fills reclaimed manufacturing buildings along Camden Lock (part of Regent’s Canal) that were largely deserted and in disrepair by the 1960s. Rebirth of the area since the early 1970s has brought a “smashing” (brilliant, wonderful) new vibrancy to Camden Town.

We couldn’t go to London and not eat fish and chips! “Cheers” (thank you) to Poppie’s Fish & Chips in Camden for a tasty time!

Friday and Saturday evenings found us at the Theatre Royal Haymarket for Shakespeare’s “Love’s Labour’s Lost” and “Much Ado About Nothing.” There is no lack of great theater in London!

Saturday morning we visited the grounds of Buckingham Palace and watched a sweet couple feed the doves. On our way to Kensington Palace, we were “chuffed” (very pleased) to pass by Wellington Arch just as the mounted guard passed through!

Queen Victoria was born in Kensington Palace in 1819 and lived there until she ascended to the throne at the age of 18 when she moved to Buckingham Palace. We toured the “Victoria Revealed” display as well as the King’s and Queen’s State Apartments (Queen Mary II and King William III who ruled in the 17th century) and the Sunken Garden.

Next stop was the National Gallery of art where we viewed favorites like Claude Monet’s “Bridge over a Pond of Water Lilies.”

Kristen decided we shouldn’t leave London without a travel treat, so she picked up a box of colorful and delicious macaroons at Fortnum & Mason, an upmarket department store in Piccadilly.

With a heart full of memories and our bags packed up, we say “Cheerio!” (friendly way of saying goodbye) Be sure to subscribe to our blog so you don’t miss the next stop on our journey – Budapest! – or any of our other posts!

*All travel photos in this post were used with permission from Lori Libka & Kristen Dang.

Missed a post in our fun travel series? Catch up with our 1st post featuring Lori’s travel tips!

6 thoughts on “London: Tea at the Ritz & a Blueberry Scone Recipe” 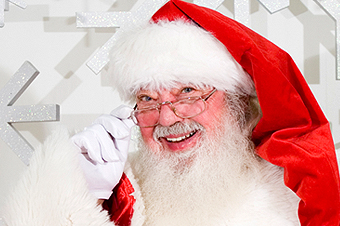 HEY THERE!  Welcome to Bronner’s Blog, your one stop shop for DIY projects, recipes, traditions and stories for all seasons, reasons and budgets! END_OF_DOCUMENT_TOKEN_TO_BE_REPLACED